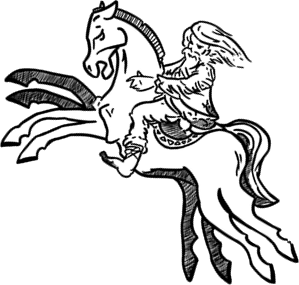 What is a ritual?

Hello, and welcome to the Folklore & Fiction newsletter. In this edition, I'm writing about ritual with help from scholars Catherine Bell, Ronald L. Grimes, and others, discussing ritual use in story craft, and providing you with an example and exercise on the topic. This edition of the newsletter marks a departure from folkloric narrative and the beginning of a five-month exploration of folkloric belief. You'll notice a change in format and focus as well, from the use of folkloric narrative types in writing to the use of folkloric ideas and principles in world-building, characterization, and plotting.

I should mention here that myths, which are the topic of the February 2019 Folklore & Fiction newsletter, might be categorized as folkloric narratives and folkloric beliefs because they're sacred stories held to be true by the people who tell them. So you might keep myth in mind as you build fictional worlds, place characters in them, and plot the stories that happen there.

Grimes quotes several definitions of ritual developed by scholars. From these we learn that rituals are associated with social transitions, that they are scripted performances of words and actions, that they are a means of imagining or creating the world as it ought to be, and that they can have both religious and cultural components. However, he also points out that because the topic itself is so complex, every definition tends to leave something out (Grimes 2013, 189). Because of this, he advises ritual scholars to "Borrow or invent a definition and, imperfect though it is, work with it. Find out what it facilitates and inhibits" (Grimes 2013, 190). Bell expresses a similar sentiment, citing the Chinese sage Xunzi, who advises against the use of simplistic formulas, strict categories, and elaborate theories of ritual for the very reason that it is such a complex topic (Bell 1997, xii).

Still, we have to be able to identify rituals if we are to understand them. Bell does this by providing and discussing several ritual categories; rites of passage, calendrical rites, rites of exchange and communion, rites of affliction, political rites, feasting, fasting, and festivals (1997, 94-135). She also discusses several ritual characteristics, writing that they are often formal, traditional, repeated without variance, stylized or governed by rules, infused with sacred symbolism, and theatrically performed (Bell 1997, 138-169). Grimes does the same work by way of a "family resemblance" or "fuzzy set" theory that includes Bell's characteristics and adds several more, writing that actions can be ritualized by rarifying them as one-time events, undertaking them in a state of contemplation or trance, attributing special power to them, performing them at particular times or places, assigning their performance to trained or qualified persons, and invoking powers such as gods or spirits (Grimes 2013, 194). Later, he addresses the topic from other perspectives, identifying several ritual modes, moods, and actions in a section of the book so helpful I wish it could be cited here in its entirety. Instead, I recommend you check out The Craft of Ritual Studies from your local library and read pages 203-207. Meanwhile, I'll introduce you to these three concepts in brief by discussing them in the context of a fictional ritual.

How Rituals Have Been Used in Fiction

In Frank Herbert's Dune, Paul Atreides bests the Fremen Jamis in single combat to the death, and afterward there is a funeral rite. At the beginning of this rite, Jamis' water is recovered from his body and offered to Paul as "combat water" in compensation for fighting in a dry, desert climate. Then Paul, his soon-to-be companion Chani, and others recite various pieces of scripture and liturgy, and Jamis' community gathers in a circle to speak well of him. There is an expectation among the mourners that Paul will do the same, and he does eventually, weeping for the man he killed (Herbert 2019, 381-388).

Grimes indicates that the six ritual modes he identifies (ritualization, decorum, ceremony, magic, liturgy, and celebration) are layered like a palimpsest in such a way that one or more layers may be "thicker" than the others. In this case, the ritualization of Jamis' water is a thick part of the funeral rite in which Paul incorporates his enemy's bodily fluids, and Paul's exercise of decorum in speaking well of Jamis is also quite thick. Conversely, the magic (or in this case, technology) used to recover Jamis' water is not foregrounded, and it's thinner as a result. The mood of the rite is solemn, reflective, and somewhat manipulative, since the Fremen community places a great deal of pressure on Paul to behave in accordance with its customs. Finally, several of Grimes' ritual actions can be found in the rite. Mourners remember Jamis and mark his transition into death, while Paul takes the additional step of becoming one with a measure of the water in Jamis' body (Grimes 2013, 204-206).

Sabina Magliocco argues that ritual is the Neo-Pagan religious movement's most important art form, comparing it to narrative, music, drama, costume, and crafts (Magliocco 2004, chap. 4). It may be useful to think of your fictional rituals in a similar way, as expressions of sacred or secular art in your fictional cultures. The complexity of this art, or the density of ritual expression itself, may also point to the relative age of a fictional culture. Those of you who watched the 1990s television series Babylon 5 will recall the Minbari, who were among the oldest of the alien races and whose culture was highly ritualized. Of course, an old culture may descend into apathy as well, losing its sense of meaning and the expression of it in ritual. In both extremes, cultural age has an impact on ritual expression, and this is certainly worth considering in your world-building.

It might also be useful to consider questions of inclusion and exclusion as you build fictional cultures and their rituals. What people, philosophies, foodways, and other cultural elements are held sacred or taboo? More directly, where are your protagonists, antagonists, and secondary characters situated with respect to your fictional rituals? Are they included, excluded, or relegated to some liminal space? Finally, Babylon 5's too-human aliens aside, what do ritual categories and components look like in a near-human alien culture? What do they look like in a culture with little resemblance to humanity? What mistakes in understanding between species occur in ritual contexts, and how do these enrich your plot? Mary Doria Russell explores this question exquisitely in her novels The Sparrow and Children of God, in which the Jesuit priest Emilio Sandoz is disfigured by an alien species after just such a misunderstanding.

A Fictional Example of Ritual

Sarah Avery won the 2015 Mythopoeic Fantasy Award for her interwoven collection of excellent novellas entitled Tales from Rugosa Coven, which follows the lives of a fictional Pagan group on the New Jersey shore. With her permission, I'm sharing the full text of a ritual written into the first of these stories, entitled "Closing Arguments":

Standing with the sword raised in salute, Bob said, “Spirits of Earth, Guardians of the Watchtowers of the North, I do summon and stir you and call upon your presence, that our Circle be guarded and our rites be witnessed.” Sebastian raised his eyebrows in surprise at that—Rugosa Coven’s usual ritual style was loose, improvisational, decidedly vernacular, but no one interrupted. Bob went on in the high formal style, enticing the spirit of the place to join him in his purpose.

They walked in procession around the property line, Sophie in the lead, sweeping everything unwelcome out. A step behind her, Bob drew a line in the earth with the tip of the sword. Their covenmates reinforced the line, marking it with earth, air, fire, and water. They all paused at the cardinal points, to call on the Guardians of the other three Watchtowers. The house’s façade had a good southern exposure, and the family across the street came out to watch Bob stand on the sidewalk and call the Spirits of Fire. He had to fight the old cringe then, but at least if he was the designated weird neighbor now, it was his own chosen weirdness people were staring at.

Full circle, back at the yew, Sophie called on the Mother of All and the Horned One to join them, and the spirit of the place rippled and buckled in response. Bob soothed it, cajoled it, and stood back while Sophie named the intent.

“We are here,” she said, “to banish whatever demands the hoard. Whatever requires the needless things, whatever fosters decay through excess. It may once have been welcome here, but it is not welcome anymore. Whatever drove my parents mad and killed them, whether they invited it or not, we come here to drive that out.”

They began their chant with wordless tones, layered tentatively at first, then solidly interlocking, until the coven became one voice together. It was a brash voice they became, defiant, and Bob heard his own grief rise from them all. He filled the spirit of the place with their chant, gave it his instructions to hold the line and keep the wards at the quarters.

By the light of the candle lantern, Rugosa Coven traced their steps back around the line widdershins, to disentangle themselves from the working, and left it in place (Avery 2013, "Closing Arguments").

An Exercise in Ritual Writing

This month, I encourage you to think about Bell's and Grimes' ritual categories, and then think about Grimes' ritual modes, moods, and actions. If you're captivated by the topic, check out The Craft of Ritual Studies, and read the pages I suggested. Then go to your work in progress, and write a ritual for it. You might also write a standalone ritual for inclusion in a future story. In either case, I hope you'll engage with the material in this newsletter creatively. Get it off the page, and make it work for you. Best of luck!

That's all for now. Thanks so much for your time! I'll be back next month to discuss the rite of passage, which is an important category of ritual.

My name is Ceallaigh S. MacCath-Moran. I'm a PhD candidate in the Folklore Department at Memorial University of Newfoundland, and I'm also a speculative fiction writer under the pseudonym C.S. MacCath. The Folklore & Fiction podcast and dispatch synthesize these passions with a focus on folklore scholarship aimed at storytellers. You'll find the Folklore & Fiction archive (along with the rest of my work) online at csmaccath.com. 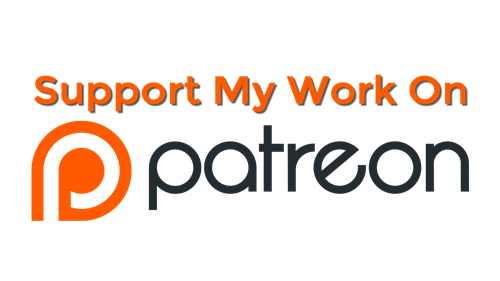